Will Bill Windsor get Life in Prison for trying to produce film, "Lawless America"?

Scroll down in post for video. Will Bill Windsor spend the rest of is life in prison for testing the supposed right of Free Speech? 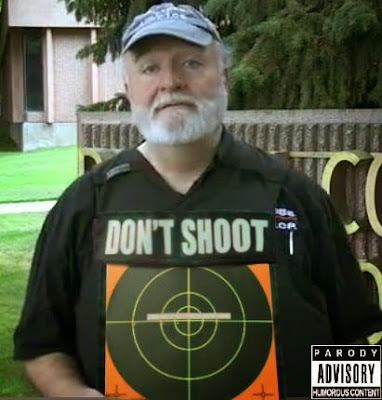 The photo with story was [found here].

Bill Windsor [website] could go to prison for the rest of his life in prison as early as tomorrow. Scroll down in post for his video and some of his story. Bill Windsor has exposed judicial and attorney misconduct in all 50 states. No good deed goes unpunished in modern America.

The ideas to post this was from the text of the email to me from William "Wild Bill" Doris:

Several years ago, Bill conceived of the idea of filming at least one victim of
the so-called criminal justice system in each of the 50 states, collating those
clips together into one larger film called "Lawless America".  Word went out,
and I was one of those who showed up to be filmed. My five-minute clip can be found at
YouTube.com under the name William Dorris--my name spelled incorrectly.

This film was never completed or released. Bill vanished from the earth, his
emails not returned, his calls never returned. We wondered what had happened,
and suspected foul play?

Foul play indeed!  We now know what happened. The mystery of the disappearing
Bill Windsor has now been solved. He has been railroaded into
153 days of jail time for a manufactured crime in the State of Montana, for
reasons which he attempts to explain here.

We trust that Bill committed no crime in Montana other than attempting to reveal
the corruption of the Amerikan judicial system, about which we too have been
complaining for twelve years. Like Bill, we took our case to the Supreme Court
of the U.S. in a "civil rights" lawsuit against the City of New Haven and the State
of CONnecticut for false arrest and malicious prosecution. No lawyer would take
my case and not a single non-profit nationwide would help me. (As Bill says, the
ACLU is totally useless, a paper tiger.)
My father's widow, Vivian Pellicano Doriss, of Westbrook, CT--now deceased--
helped me file my own petitions pro se. We were unable to get an attorney, even
though she was willing to foot the bill. She attended my oral hearing with me
at the 2nd Circuit Court of Appeals, Foley Sq., New York City, in 08. After being
duly docketed, later that
year, we were denied cert. by SCOTUS--which is nothing more than a bunch of
scoundrels in black robes themselves.

They reign "supreme" over the backhouse and could care less about you or me,
or anyone else falsely accused of a crime they did not commit. Why do they do
this?  Well,... because they can, that is why.


[Click here] for Bill Doris being interviewed by Bill Windsor

The below video [direct link].


Published on Sep 13, 2015
Bill Windsor, Producer and Director of Lawless America...The Movie provides an update on the movie and the criminal charges he is facing as bad guys attempt to stop the film and a defamation lawsuit that he filed.

This was filmed on a laptop, so please forgive the low quality.

Lawless America...The Movie is all about exposing the fact that we now live in Lawless America. We no longer have laws that are enforced because judges do whatever they want to do. America has also become lawless because government officials are dishonest and/or corrupt.

The movie will expose corruption in every state. The Movie will focus on victims.

The below video details through conversations why spying by the DIA, FBI, NSA, CIA, DHS, TSA, IRS, EPA, etc should not be allowed without civilian oversight and strict adherence to the US Constitution. When police, the courts, spy agencies, their contractors, their cutouts, the government, international bankers, and corporate organized crime are all above the law, there is no justice. James Corbett of the Corbett Report breaks it down. Currently US taxpayers fund their own abuse, wars to profit billionaires, assassinations, torture, indefinite detention, CIA propaganda, black operations, killings, bombings, false flag terrorism, and UN Agenda 21 corporate enslaving of the world.

James Corbett joins Timothy Kelly on the “Our Interesting Times” podcast to discuss his video “Meet Allen Dulles: Fascist Spymaster.” We talk about Allen Welsh Dulles and his brother John Foster Dulles and how their careers in Wall Street and Washington provide an excellent illustration of how the Anglo-American Empire imposes its brand of monopoly capitalism. We also discuss the true nature of the Cold War, the JFK assassination and other intrigues of the Deep State.


What I've Learned About US Foreign Policy: The War Against the Third World


Posted by The Stark Raving Viking at 9:08 PM

Kimberly, followed your link and saw nothing. It has expired, been blocked, or something.

The Stark Raving Viking
Always looking to learn something new, new places to travel to, and contacts for business, import/export, traveling, and forwarding my screenwriting interests and projects.